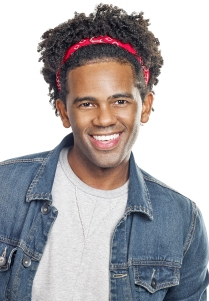 corey wright splits his time between new york and l.a.

his professional career began as a member of the louisville civic ballet in louisville, ky under the direction of donald tolj and patrick hinson where he trained under such artists as bruce simpson, helen star, elena filmore, and guest artists from julliard and alvin ailey.  he has also been a guest artist with tyer and co. modern dance in tyler, tx in their company production of time lapse under the artistic direction of amy querin, who is the artistic director and founder of the recently established and well-received northern california modern dance company, fresno dance collective.

his love for dance infused itself with a love for acting and singing as well and as a result he found himself involved in music theatre. he has performed in many stage productions including pippin, school house rock, much ado about nothing, one flew over the cuckoo’s nest, hairspray, dreamgirls, and the van driver experience which premiered at the cherry lane theatre in new york, ny. he has also worked in the television world (law & order, 24, as the world turns, the conan show and the daily show with jon stewart, and general hospital.)

he began touring nationally and internationally with chicago the musical in 2007 and continued through 2009. while on hiatus from the tour in summer of ‘08, he performed in the cast of orunmila: the adventures of the father of ifa divination at the national black theatre in new york, ny.

his film credits include an anomaly to the theory (which was accepted into the cannes film festival), moving boxes, dr. awkward, and most recently where do we go from here, which has received many awards including best direction and best short and has been premiered in over 20 film festivals.  in the fall of ’11 he closed a run of the show south street the musical at the pasadena playhouse. in the summer of ’13 he lived a dream and performed in chicago at the hollywood bowl under the direction of brooke shields and rob fisher. he recently celebrated the wrap of  his recurring role of will in the first season of fresh, new web series: gays. he is currently working on ‘washer/dryer‘ with east west players and preparing for his own play — basement — to be produced on the festival level with the clever bastard group and the los angeles theater festival

corey is the founder and owner of human br.Ink,  an L.A.-based film-development production company that seeks to create and service powerful and compelling stories. the company’s first project — brunched the series — is in preproduction and is set to shoot a pilot episode in the spring. he considers himself extremely fortunate to have the support system that he’s had to encourage him through his dreams…and he’s only just beginning!